Being an air traffic controller is hard. Really hard. The job entails having to remember vast amounts of fluid information often within a context of enormous pressure. Essentially the job is about ‘situational awareness’ which involves “the continuous extraction of environmental information, the integration of this information with prior knowledge to form a coherent understanding of the present situation.”[1] The job is sometimes done under extreme duress, where they have to make life or death decisions often with a lack of sleep leading in some cases to long-term fatigue and burnout. So stressful is the job that they are eligible for retirement at age 50 or after 25 years of service.

In the 1960s, a series of interesting experiments was done on air traffic controllers. Researchers wanted to explore if they had a general enhanced ability to “keep track of a number of things at once” [2] and whether that skill could be applied to other situations. After observing their sophisticated abilities in air traffic control, they then gave them a set of generic memory based tasks with shapes and colours. The extraordinary thing was that when tested on these skills outside their own area of expertise the air traffic controllers did no better than anyone else. 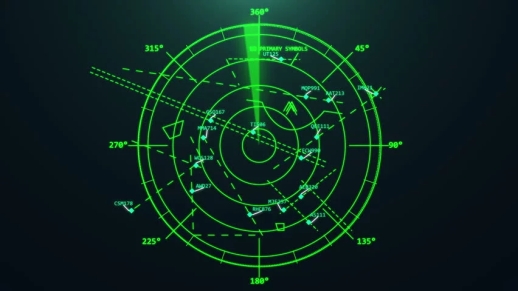 These findings challenged contemporary thinking on generic skills. Surely they had developed a set of general cognitive capacities that could be used in other areas or ‘domains’? The evidence suggested the opposite. In order to be good in a specific domain you need to know a lot about that specific domain and moreover, “the more complex the domain, the more important is domain-specific knowledge.”[3] This phenomenon is now well established and has been replicated many times. Other research for example has shown that the ability to remember long strings of digits does not transfer to the ability to remember long strings of letters.[4]  Indeed, we all know very ‘clever’ people in their professional lives who seem to often make very stupid decisions in their personal lives:

“A person who is able to reason logically in science may show no such ability in his or her personal life or in any areas outside of his or her areas of science. Knowing that we should only test one variable at a time when conducting a scientific experiment is critical. Outside of hypothesis testing, it may be irrelevant, with other knowledge being pre-eminent.” [5]

Take another example, sport. Within a football team you have many different types of positions or ‘domains’ such as goalkeepers, defenders and attackers. Within those domains you have further categories such as centre backs, full backs, attacking midfielders, holding midfielders and attacking players. Now the ‘general skill’ that all these players have is the ability to play football, however if you put a left back in a striker’s position or put a central midfielder in goal they would be lost.

A footballer’s ability to be effective in a particular position or domain is based on years of experience where they have built up thousands of mental models from playing the game in that particular position so that when they have to perform at a high level they can do so with faster reaction times and their full concentration can go on anticipating the complexities of the game faster than their opponent. Of course there are elements that are consistent with each position such as touch and technical ability but they look very different in each position and are heavily context specific. For example, a central defender heading a ball away to safety is very different to a striker heading a goal and the types of positioning and runs an attacking player needs to make are radically different to those of a defender. In other words, elite footballers are not “good at football” as such, they’re good at being a left back, defensive midfielder or attacker.

Despite the growing body of evidence questioning the efficacy of teaching general skills in recent years, there is still a near constant refrain for them to be prioritised in schools. This usually takes the form of generic “critical thinking skills” often taught in some form for an hour or two a week and decontextualised from any specific subject. This is a problem as Dan Willingham reminds us

Another problematic area is the diaphanous world of “21st century learning skills” which some schools have made a central part of their mission. It’s even been suggested that some of these nebulous skills are now as important as literacy and should be afforded the same status. An example of this is brain training games whose proponents claim can help kids become smarter, more alert, and able to learn faster. However recent research has shown that brain training games are really only good for one thing – getting good a brain training games. The claim that they offer students a general set of critical or problem solving skills was recently debunked by a new study  reviewing over 130 papers :

We know of no evidence for broad-based improvement in cognition, academic achievement, professional performance, and/or social competencies that derives from decontextualized practice of cognitive skills devoid of domain-specific content.

Instead of teaching generic critical thinking skills, an alternative strategy would be to focus instead on subject specific critical thinking skills that seek to broaden student’s individual subject knowledge and unlock the unique, intricate mysteries of each subject. This goes for other dispositions and faculties taught generically such as Growth Mindset and Grit – students may well have a Growth Mindset in English but not in Maths, and yet the concept is often portrayed to students as a general capacity that can supposedly function in a transversal way across all subjects.(Despite the fact that the jury is still out on whether these can be taught at all.)

In the same way that teaching knowledge devoid of any platform for students to discuss, explore and develop that knowledge makes no sense, the teaching of standalone, decontextualised general skills is a questionable practice at best. It’s enduring appeal is probably in the fact that the concept seems so intuitively right yet when the evidence is appraised we find their justification weak. To those advocates of the ubiquitous critical thinking skills we might risk the question: “but what are they going to think with?” As Dan Willingham reminds us “thought processes are intertwined with what is being thought about.”

The Role of Memory in Air Traffic Control (Gronlund, Dougherty)

Domain-Specific Knowledge and Why Teaching Generic Skills Does not Work (Tricot, Sweller 2014)

Critical Thinking: Why Is It So Hard to Teach? (Willingham)

Join 781 other subscribers
My Tweets