In 1817 John Keats wrote a letter to his brother in which he detailed for the first time the phrase ‘Negative Capability,” which refers to the capacity to hold two seemingly opposite positions in equal measure without trying to reconcile or privilege either one:

“..at once it struck me what quality went to form a Man of Achievement, especially in Literature, and which Shakespeare possessed so enormously – I mean Negative Capability, that is, when a man is capable of being in uncertainties, mysteries, doubts, without any irritable reaching after fact and reason.”

A challenging concept in an age which often deals in absolutes, which audits itself in terms of ‘better or worse’ and which seeks to impose an order where often there is none. Currently in education research there is the constant refrain, ‘What works?’ A better phrase for me would be “what works in your context?” By privileging one approach over another divorced from context-specific perspectives, we are in danger of creating a set of clinical taxonomies that will ultimately serve no one, and that undermine precisely that which they are attempting to serve: the empowerment of students via the classroom practitioner.

The recent collation of research into digestible meta-analyses has gone a long way to give teachers at least a clear sight of the wood from the trees. In particular the EEF toolkit is an incredibly pragmatic and useful resource but I worry that many school leaders are using it in a ‘Moneysupermarket’ kind of way, that is at best superficial and at worst, damaging. An example of this is the research on Teaching Assistants which yielded findings suggesting that their impact was “low for high cost.” Many seemed to read the headlines on this and come to the conclusion that teaching assistants ‘don’t work’, that they are not effective and costly, whereas the research actually suggests that in many cases they are not being used effectively by school leaders and that in certain contexts teaching assistants are having an huge impact on students, especially those with particular learning difficulties. Earlier this year I met with Rob Coe who was largely involved in the Toolkit’s inception and I came away from that meeting feeling hugely positive about education research, not because he was claiming to have any answers but rather the opposite: he is someone who embraces uncertainty and views it as a place of potentiality where the field can be pushed forward. If you have ever seen Rob talk you will be familiar with him use the phrase “we just don’t know” a lot. I find this refreshing to hear because it means that those at the forefront of the field are not entrenched in dogmatic partisanship and allow for the possibility of growth and new understanding.

The binary opposition is instructive here. Traditionally we can think of a linear plane where one extreme is on one end and its ‘opposite’ is on the other. We might make the seemingly reasonable claim that the opposite of love is hate for example. However, those of us who have experienced those states knows that they are in many cases, not opposite but rather different sides of the same coin, and that it would be more ‘truthful’ to suggest that the opposite of love is not hate but rather indifference. When we think in terms of axiomatic ‘truths’ we find that the more extreme you go, the more that plane begins to bend and fold in on itself. Extremists on ‘opposite sides’ often have more in common than those with a more moderate view.

Anyone who has actually taught in a classroom knows that the inherent problem with research in that domain is the high degree of variability, the often unfathomable nature of the process and the difficulty of comparing like for like. What may work for one particular teacher with one particular set of students, may be wholly inappropriate with another teacher and another class. There is then also the problem of the “unknown knowns” or the things that we ‘don’t know that we know’ such as unconscious prejudices or biases. So when we begin to think along axiomatic lines of ‘truth,’ as Yeats reminds us; “Things fall apart; the centre cannot hold.”

Instead of passively accepting the ‘stone tablets’ of research we should be engaged in a constant dialogue with research, questioning it, challenging dogmatism, teasing out relevance to our own context and our own individual problems in a sort of ‘detached attachment.’ We should be constantly reviewing our own preconceptions and refining our practice through this process of oscillation and reflection. We should reconcile ourselves with the irreconcilable nature of the classroom. What may work on Tuesday period 3, might be a disaster on Thursday period 2 with the same class and the same teacher for a variety of reasons, some that we may ‘know’ but many that are simply unknown.

We should acknowledge that there is an elegant intuition about teaching that resists absolutism and certitude. In the face of a tidal wave of league tables, target grades and accountability, we should always be aware that there is an ephemeral mystery about the process and that it is something worth protecting. It is utterly rooted in the context of a specific classroom at a specific time, and that far from disappearing into a rabbit-hole of relativism where ‘anything goes,’ sometimes there is certainty in uncertainty. 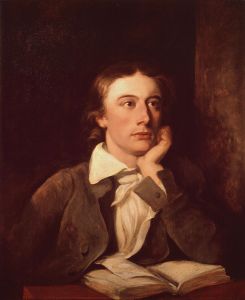 Join 775 other followers
My Tweets